Boxes and a licence 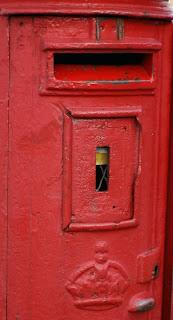 More postbox hunting in Hull today. The list from Royal Mail was not too bad today. We couldn't find one box, but I think it is a muddle because I think the post office may have moved across the road, leaving the box behind.

Out of twenty-one boxes to find on our list, four of them had no plate on the front. I'd be very dubious about posting anything here, is the box safe or even disused?

I've been following the mailing lists about the new licence for OSM. There seems to be some panic setting in from people who are worried that something awful will happen, but I don't really think they know what. I spent years working for Blue-chip companies and for my own company, often negotiating contracts with suppliers and my customers alongside lawyers. The truth is that contracts (or licences) are very rarely tested in court. and simple ones put together by non-lawyers would never stand up in court but the author would never find out because it doesn't end up in court. Contracts and licences is a very specialised legal area and Joe Public wouldn't stand a chance of creating a water-tight one. The one thing I was always able to contribute (beyond the basic outline of the contract) was a bunch of examples of how it might apply to see if I could break it. This is much harder than it sounds, because they have to be very precise, real-world examples and so a very detailed knowledge of the business area is needed. General examples are worthless and prove nothing. Only a few of the examples supplied by people are helpful, even if all are well intentioned.

Are people just afraid of change? Why are some open-source advocates so closed-minded?
Posted by Chris Hill at 16:58