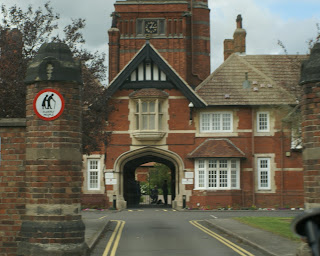 We still need to add the landuse tags for the Wincolmlee area. We are getting close to completing half of the city.
Posted by Chris Hill at 18:58

actually for the record, i have just been informed that the mizzen road estate is actually called the 'ghost estate' due to a murder which happened shortly after the estate first opened.

apparently a guy chopped up his wife and disposed of the parts in various bins across the estate.

this has apparently been verified by city's own archives.

The Ghost Estate in Hull was so named because when it was built in the 1960's it used a new heating system based on hot air which then failed safety tests.

All of the properties had to have the systems replaced which took over a year, during which time the entire estate was empty despite all the houses being on the face of it completed and ready for people to move in.

Nothing to do with murders or flooding I'm afraid
GARY

It was called ghost estate because there was alot of empty newly built properties back in the early 60s , the reason for this was the sewerage plant which back then was quite close to the properties and people where concerned about the smell.The house prices fell and people then bought them, not much changes. There was no hot air in our house just a coal fire with a coal bunker outside

its very spooky down there tho innitt.