We made a short trip out to Howden, so on the way we took a second look at Eastrington, Or should that be East Ringtone?

These second visits always yield extra information, so they are worthwhile.  In Howden I noticed a large school that we had somehow missed. We took loads of photos (it's the Easter break so no indignant people complaining about taking photos near a school) and used what evidence we could find to estimate the boundary of the school.
Posted by Chris Hill at 16:53 No comments:

We went to Long Riston today on a wet and breezy day. On the way, one thing I noticed was a smooth new road. Stavely road is used as a part of a short cut between Hedon Road and Holderness Road. It used to be a spine crushing route full of pot holes and badly filled pot holes, with some ridges in the concrete slabs adding to the problem. The new surface is smooth and flat. It's not the usual lick of tar and stones, but a proper new layer of tarmac.

The Ordnance Survey recently asked for comments on the idea of releasing some of its data for public use. The process ended last week. Today, No. 10 announced that a substantial amount of OS data will be released for use without restriction. Details will follow in a week or so. So what was the consultation period for? Government processes take months not days to evaluate things, so it is not possible for a standard assessment process (if one really exists) to have been applied to the submissions, many of which came towards the end of the consultation period. I can only conclude that what ever data is released must have been decided some time ago. If that is the case, then why the consultation period?

Of course the imminent election may have led to short cuts in the process - I just hope that the route ahead will be a smooth as the new Stavely Road.

If the OS data is useful (that might be a big 'if') and freely available I wonder how it will be used in OSM. It largely depends on how it is released. If it is raster data then the process of tracing from a map already exists and is already well understood. It is also suited to our crowd sourced model - lots of people each add a bit and we get a great database.

If it is vector data (which I think is more likely) then we will need to process the vector data into a form that it can be used in OSM, probably not a difficult job given the expertise we have. Then we just need to decide how to use it ...
Posted by Chris Hill at 19:12 1 comment:

Another foray into Driffield has given us another chunk of the town with a decent basic cover. One of the areas I wanted to look at was the canal head. OSM's resident canal expert sent me some information on the refurbishment of the Driffield Navigation. Today we only drove past, but another day I want to map it in detail. 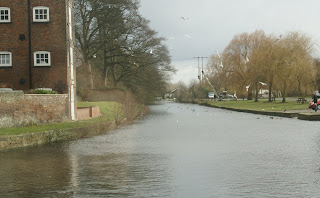 The rest of the residential area we checked out was fairly straightforward. The changeovers between some road names were a little unclear until we looked at the house numbers, especially The Mount, Southfield Road and Southfield Close. Checking house numbers is something I have used many times to be sure if a street name has changed and today it worked well.
Posted by Chris Hill at 17:36 No comments:

Now that I have the beginnings of a renderer, it needs a GUI. Well, that's what I told myself. Since the the path to a renderer has really been a journey towards understanding Java, I need to explore more of Java and its classes. One of the options Java gives is a graphical user interface - Swing. I have had a fiddle with Swing using NetBeans and I'm pleasantly surprised how easy it has been.  I am very familiar with GUI programming in other languages and it seems that Java follows a similar route.  I now have a rudimentary viewer for a tile, though rendering that tile nicely is still a long way off.
Posted by Chris Hill at 21:21 No comments:

A wet sunday afternoon saw us in Driffield. The satellite reception was awful most of the time, but we got lots of photos which help to make up for it. The rivers and becks around are very full and the ground is sodden, so a few days of dry weather would be useful. All over the country pubs are closing, but not, it seems, in Driffield. There were loads dotted around the market place and only one that looked closed down. There's still quite a lot of the town to complete - I hope the satellite cover is better next time we go there, it would be nice to be able to predict good coverage for an area ... 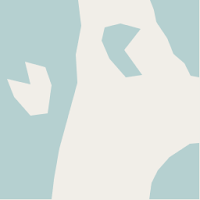 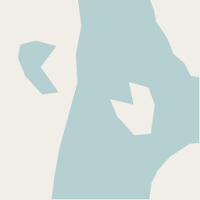 I've been working on rendering coastlines - I think I've finally sorted it out. Drawing coastlines made up of ways that are not closed polygons, when there are many possibilities of how they can be arranged, and including islands and lakes has been tough. It has forced me to revisit some long forgotten maths, including calculating cross products of line segments to decide if a closed way turns clockwise or anti-clockwise.

These two pictures show tiles with fairly complex coastlines drawn accurately - the Pacmen are lakes and islands. Making test data with JOSM has been very useful - testing with live data never gives you all the possible circumstances, but it will give me volume data tests later. Text placement next I think.
Posted by Chris Hill at 09:39 1 comment: