Friday afternoon traffic is not much fun in Hull, so we went into the countryside around and mapped Skirlaugh and Arnold. I corrected a few errors from a previous mapper whose 'work' I have come across before - I trust his tracks but I'm suspicious of the names he added, they bear an amazing similarity to Another Mapping Product, and often different to what I find on the ground. I wish that if he didn't record the name that he just left it blank.

One problem with mapping in the afternoons at this time of year is that the sun sets so early that photography becomes difficult, so we sometimes stop earlier than we might want to. We do get to see some sunsets, like this one over the river Humber. 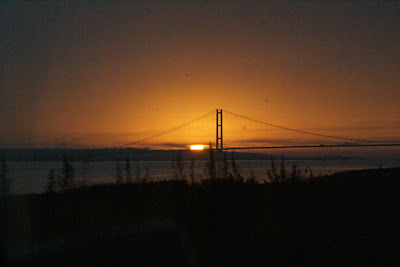 Closing the gaps with a quiz

We've been out filling a few gaps in Hull. The goal of actually completing all of the named roads and the obvious points of interest is very close to complete now. So I have been wondering how to mark the event. Offices up and down the land get some Christmas quizzes passed or emailed around so I have wondered if this is a way to get people to look at the map. I have found a few odd street names to wrap up in cryptic clues but I've also thought that I could highlight the differences between OSM and Other Mapping Products.

I have come up with a handful of questions that include a few things that Ghoolly Flaps have got wrong - either missing, misnamed or one of their Easter Eggs, so I can check whose maps people got their answers from.

It might be a neat way to use a quiz in an email that gets sent around people to read the map and raise the profile of the project. Maybe Cloudmade will offer a prize for such a quiz, especially a more global list of questions, than mine about Hull.
Posted by Chris Hill at 22:30 No comments: 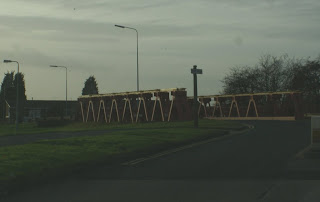 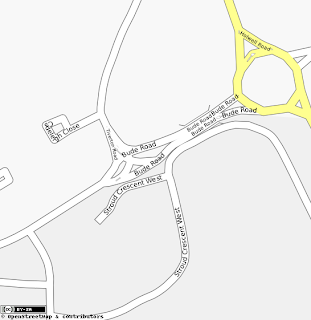 We added Queens Gardens in Hull in a bit of a hurry. The outline was about right, but most of the detail was missing, so today we had a wander around the garden (which is really a little park) and the fountain next to it.

At the east end are the various parts of what is now Hull college. It used to be the Art college, the college of architecture the college of commerce and the college of technology. All of this has been merged into Hull college and new buildings are being added. I want to map these more accurately over the winter.

Much of the city centre is at or below sea level. The river Hull has a tidal barrier on it to prevent the very highest tides flooding the city as happened in the past. Some of the ground in the city is wet fairly close to the surface so foundations need to be deep and strong.

The statue pictured is one of the city's famous sons, William Wilberforce, the driving force behind the abolition of slavery in the British Empire. It was moved to its present home from a nearby spot being redeveloped. The soggy ground was not stable enough and the monument started to settle and lean and had to be hastily supported until the foundations were reinforced with a concrete raft.

The paths and ponds in Queens Gardens are now on the map. The garden is somewhat sunken in what was once Queens Dock. The dock was filled in but settled unevenly and has been progressively filled and levelled. It is a popular spot with the students from the college. There are various docks and dry docks around this part of the city. Princes Quay shopping centre is built over one (Princes dock) , and this is another little project.
Posted by Chris Hill at 17:45 No comments:

Spelling lessons for the council? 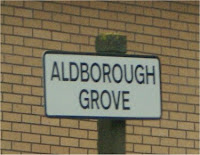 We are plodding through the estates left in Hull. Today we looked at part of Preston Road, an estate with a very grim reputation. Great swathes have been demolished or are boarded up waiting for demolition. Yet more have been rebuilt and seem to be much more community orientated little streets. Many of the original street names are the names of villages in the area, one of which is Aldbrough, but the street name is spelled Aldborough. There are a few places called Aldborough in the country, but not in the local area.

I checked with some older maps and the council have just copied the (wrongly spelled?) name from the old road onto the new road, so I suppose I'll let them off. To be honest it's good to find a distraction in this most boring part of the city, even if, as distractions go, it's pretty flimsy.
Posted by Chris Hill at 16:46 No comments:

The city of Hull is looking as though it really could be completely mapped soon and, much against my expectations, Jean and I have done just about all of it. When we mapped the first little bit I thought we would need lots of people to join in. Etienne (80n) suggested that we organise a mapping party - he went to Hull University and would like to return, but my health was dodgy and I didn't feel I could commit to organising an event when I might be out of action on the day. The work in Hull has surprised me even more because I really intended to work on East Yorkshire and leave Hull to someone else, still East Yorks is coming on too.

Today we looked at the north side of Holderness Road, joining up with some stuff we did a couple of weeks ago. This is one thing I like about the situation now, everywhere can be joined to somewhere else and the picture is closing.

We found a road with a loop today which has one of the occasional anomalies: the road has two name boards with slightly different names.

I tagged what I found.
Posted by Chris Hill at 22:06 No comments:

This is the final weekend of the Formula 1 season and the qually and race are on late afternoon, so a spot of mapping just before watching these was in order for yesterday and today. We have mapped the roads of Sutton Park over the two days. It's an odd place because the front doors are off a small footway, with two rows of houses facing each other and very close to each other with the footway between them. The roads are at the back of the houses where many homes have a garage and a small garden. It was raining a bit and time was short, so we didn't map many of the footways, but the roads help give a structure to add the paths to later.
Posted by Chris Hill at 15:59 No comments: