I write two blogs, one about openstreetmap and one about our allotment. Today I decided to post the same entry in both blogs because I surveyed the plots on our small allotment site. You can see the results here: Allotment map.

More detail is still possible, more sheds, the position of the water butts, and perhaps the plot numbers, but the detail of which crop is where I'll leave alone.
Posted by Chris Hill at 16:22 No comments:

We've been working through the names in Hull and East Yorks where OSM names differ from the OS Locator names. Today we looked at Mollison Road. 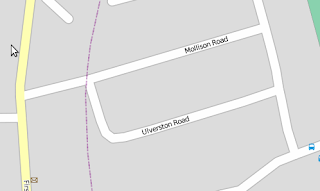 The existing data just showed Mollison Road but the OS Locator claims that the west-most end is Mollison Road West. We took a look and indeed there is a sign which we had missed saying Mollison Road West. At first sight it would make sense that the road might change it's name at the boundary, which has Hull to the East and East Riding of Yorkshire to the west. When I looked closely this didn't add up, the boundary (from OS BoundaryLine data, so probably fairly accurate) would be near the junction with Ulverston Road. Looking at the house numbers this doesn't work. I did a small bit of address gathering and used the buildings from OS StreetView to position them. 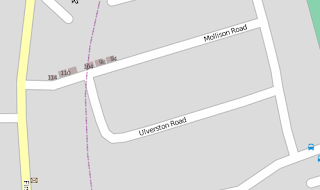 If the street name actually changes then the house numbers would have to reflect this, but the house numbers just carry on. There is a small kink in the road that my new GPS shows up nicely, and it seems that if the name really does change then it does so at the kink. This is bonkers. There are no buildings that front onto the tiny part of the road called Mollison Road West, so what is the point of the change of name?

One thing that I have thought about before is that the boundary of Hull has moved a little. I haven't been able to determine if this is true yet, but it would account for this kind of oddity. There is a centre in both Hull and Beverley (one for the UA of Hull and one for the UA of East Yorkshire) with old maps and documents so maybe one rainy day I'll do some more research.
Posted by Chris Hill at 17:16 No comments: