Today is the winter solstice here - the north pole was tilted directly away from the sun at 5:30 UTC today. This means the light level is low and the sun's angle is low, so photography has extra challenges. As we drove along a lane near Old Ellerby a sparrow hawk flashed along the hedge and whizzed across the road. I expected it to disappear, but it landed on a fence and stayed long enough to stop and snap a quick photo. The low light didn't help, but it is recognisable. 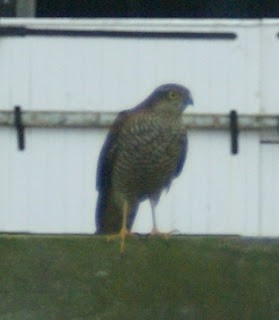 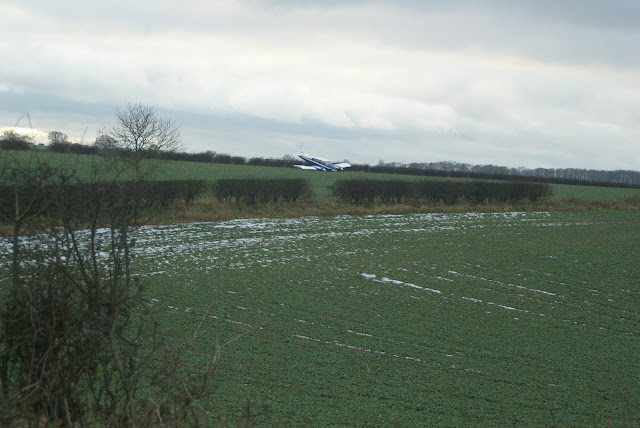 Not quite an average mapping session.
Posted by Chris Hill at 18:25 No comments:

The long saga that is the OSM licence change process is picking up pace again. The plan now is to move to the new licence on April 1st next year. That will mean that anything in the database needs to have been added by someone who actively accepted the new licence and contributor terms. So anything else will be archived and removed from the live database.

Declaring the date has been like a light to moths for the few but vociferous deniers. Spreading FUD and generating bonkers conclusions from scraps of truth continues to be their main weapon against the will of the majority. Tricks like calling the change "the deletion" would be worthy of tabloid journalists. One tactic seems to be neither accepting nor declining the new licence to continue to spread uncertainty. I respect people's choices, I deplore the underhand tactics. The LWG continues to hold the high ground of not responding to the provocation.

I have been reviewing the area I'm most interested in, so that by next April there will be no problem areas here. The first weapon is to simply get as many mappers to accept the new licence and CT. So far everyone I have contacted have happily agreed. I have been as neutral as possible in contacting people, not wanting to agree is very much their choice and I respect that. The problem remains that a few people are not responding to messages sent to them. The main reason I suspect is that the email address they registered with is no longer valid. They may have used a work email address and no longer work there for example. I have tried to find people with Google+ accounts, Facebook and Twitter. I've searched for people by name in an area with Google but so far a few stubbornly remain as unresponsive.

There are a few objects created by people who have declined the new licence. These are easy to deal with: simply remap them. I risk losing details added later by acceptors, but having reviewed the bulk of the stuff, the loss is minimal. Indeed, gathering what I normally gather sometimes adds more than is there now, such as speed limits, weight restrictions, bridge heights, lit and so on. I'm leaving some stuff added by people I haven't been able to contact yet, in case they accept. I expect that there will be some places to replace, but I don't mind that. Some of the footpaths will take longer to replace and some will be easier with the better weather in the spring and summer.

I will be remapping stuff created by the FUD mongers too. If they accept at the last minute (which I doubt) there will be nothing of their work left to see, which will be a shame. I was out today gathering some traces and photos (in the gathering gloom) to start that process. I will be happy and a bit smug when I see an email on the lists that is clearly trying to be a wrecking ball and I know that my area is free from such problems.
Posted by Chris Hill at 20:53 9 comments: