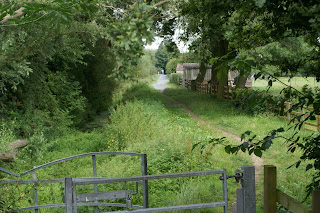 Beverley is taking much longer than I thought it would. We have been working (again) on the southern estates and have made a lot of progress. These new estates are rather pleasant places, with lots of little footpaths and cycleways, some leading to much older footpaths. We've also mapped out the area around the nearby supermarket. I haven't seen the render yet so I need to check it.

I had to remove a small piece of highway=residential that someone had added around a small car park. I sent him a message so he knows what's going on.

I also had a message asking for help from Stephen O'Neill in Withernsea. He has just started out and needed a bit of help with JOSM, which I've tried to give. He contacted me because he had altered a bit of road that I added and it all went a bit wrong, mostly because he had tagged nodes rather than the ways. He is keen to map his local area which is good for me. I want to complete the East Riding and Hull (if anywhere can ever be complete) and the further flung parts like the East Coast are a long way to travel, so if Stephen does some of that it will help.

I hope that with one more visit I can finish Beverley - but it will probably be at least two.
Posted by Chris Hill at 17:03