Not long after I started adding to OpenStreetMap I added some of the local Cycle network. Sustrans is a charity that has grown to encourage safe cycling in the UK and part of that is to specify routes that people might like to follow on a bike. Some of it is off-road, some on cycleways beside roads and some are on roads. Sometimes these roads have cycle lanes, sometimes not. Sustrans works with local authorities to put up the signage for the routes along roads and has volunteers to help with the routes too.

Cyclestreets is a route planner for cyclists. It uses OpenStreetMap data and so getting OSM as accurate as possible is important to them, particularly regarding cycling infrastructure. They recently received some open data from the Department for Transport which we can compare to OSM and improve it where possible.

Andy Allan has modified the Potlatch 2 editor to create a version that assists with the process of adding useful stuff from the DfT data to OSM. You can see more here. I have used it to confirm that some of the routes in my area as well tagged, often adding a surface tag and lit tag to improve things. (Do we really need to tag surface=asphalt on most UK roads?) I then quickly noticed that something was odd - part of the NCN 1 relation was missing. I discovered that it had been removed as part of a rationalization of the NCN numbering at Sustrans.

Now, I like to survey what I add to OSM. On the ground there are signs for NCN 1 (and NCN 65 and the Trans-Pennine Trail) along the route that had been removed. After a discussion and a look at the Sustrans rule book it is clear that there is a problem.

Sometimes the Sustrans routes have alternatives. In this case there are two ways to to get from the Humber bridge at Hessle to Beverley, both following NCN 1. One route takes you into Hull and Cottingham and the other takes a more direct route through Kirk Ella to Cottingham and then both on to Beverley. This idea that two routes could both have the same number on the signs has always struck me as daft and confusing, possibly leading to a long detour by mistake (more later). It seems that Sustrans now agree and they are trying to sort it out either by making it clear that one is a loop, or alternate route or by renumbering one of the routes if they diverge for a long way. Sounds good, but on the ground none of the signs have changed yet here, so changing OSM to reflect the Sustrans policy does not help people trying to find the route on the ground. I'm not sure how we would stand with respect to Sustrans's copyright either. We clearly can't copy their maps, only glean what we know from surveys and local knowledge. Some Sustrans rangers are OSM contributors too, but not around here. They do have inside knowledge for their area. I have to stick to what I see on the ground.

When I first checked out the NCN 1 route through Kirk Ella I found it from a handful of signs, some of which have now been removed. I was dubious about it at the time - it involved using a very muddy bridleway and going through a school campus. It seems the signs have been removed because the route has been changed. We checked out the new route today. The signage is poor to say the least. The signs are stuck to the poles of road signs or lamp posts and some are peeling off. None are the flat metal or plastic signs that are used elsewhere and stand out so well. At a couple of junctions the signs are missing, so a left-or-right choice at a tee junction becomes a guessing game in the traffic. Overall the new route is fine - it just needs some more signs.

At the point the two routes join in Cottingham there is a much bigger problem and one that I suspect is why Sustrans want to eliminate multiple routes with the same number.  The tile from Andy Allan's excellent cycle map shows the situation. 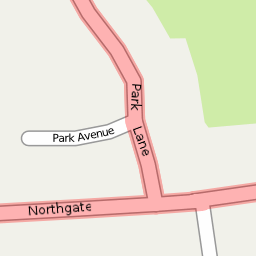 The two routes (in pink) converge along Northgate; the direct route east along Northgate and the route through Hull west along Northgate. Both should turn north along Park Lane. The problem is there are no signs to say so. So in either case the next sign a cyclist will see will be merrily guiding them back toward the point in Hessle they left many kilometres ago, and no way for him to know that from the signs. Signage is very important and seems to not be very good here. It is clear that the route numbers do need to be changed, but that must be reflected on the ground too. As a compromise I have broken the NCN 1 relation in OSM and shown the shorter route as an separate relation - I don't know if that is right yet, I hope Sustrans help me to get it right.