Wolds and a bridge 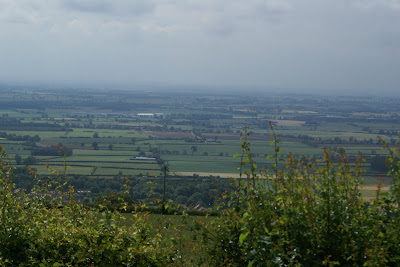 Yesterday we took a look at some more of the villages in the Wolds. There are a few less requiring a basic level of attention now. It's a great place to meander around and the views are good too. There were a few little extra roads and POIs to add, but much of it was pretty good already. 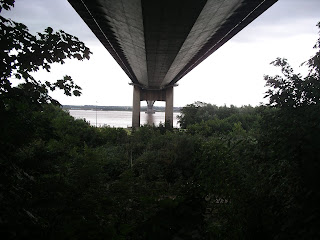 Today we stayed nearer home and took a walk around parts of the Humber Bridge country park. I've been adding cycle routes when I can and today I added a bit of both the National Byway and NCN route 1. They both cross the Humber bridge (for free on a bike or on foot). The way they join up to the quiet roads in Hessle is a bit of a wiggle, but it did take us past a viewpoint for the bridge, which was worth a photo. I really can say that the National Byway is complete in East Yorkshire, but there are a couple of small gaps still of NCN 1, but that's for another day.
Posted by Chris Hill at 16:21