I enjoyed getting out into a village again, so we set off to look at Long Riston and Catwick. Long Riston is an old village with lots of new bits, so it ends up being a bit of a mish mash. The A165 used to go through the place, but it was by-passed many years ago. The new road has now created a western boundary which developers seem to have filled up to. Nearby there is a tiny place called Rise, which we mapped last year. It has a big church for such a small place, but this must be a clue that Rise was a bit more important than it is now. The other clue is that all of the places around have Rise in their road names: Rise Road, Rise Lane (2), Riseway, Rise Close. 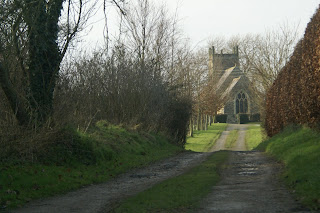 There is a nice-looking church in Long Riston and another in Catwick. I wasn't sure if the church in Long Riston was St Mararet or St Margarets [sic] based on little signs, so I thought I'd look it up on t'internet. I found a site called http://www.achurchnearyou.com/ . They show where anglican churches are and much more interesting they show the parish boundaries over a Google map layer. I emailed the Church Commissioners who are credited on the site to ask if they would donate the data for the parish boundaries, I hope they say yes.