There was icy snow on the ground so I thought I's stay close to home. I've been wondering how to improve the map of our village and a little tweet from SteveC suggested addressing. I looked up the Karlsruhe scheme to see how it works and set out to have a go. I chose to put the addresses on two streets in our village. Dale Road meets Main Street near the village pond and I thought it would be a gentle introduction to put their addresses on.

Firstly there are quite a few houses without numbers on. You might think that doesn't matter much when houses around do have numbers, but the two streets I chose are, in part, some of the older streets, especially Main Street, so the numbers have awkward gaps and odd little fill ins. I ended up placing most of the houses in Main Street individually whereas I could add some houses in Dale Road as ranges.

It was a very awkward walk, the paths were very slippery and my attention was split between watching where I was putting my feet and keeping track of the street numbers. When I got home I needed to work on the edit quickly just so I could remember all of the gaps and oddities. Adding the tags was fairly straightforward. I'm now not sure if it is really worth all of the effort. The map looks cluttered at the highest zoom level (of Osmarender). If I tried to add the addresses of Hull it would take years and I think I'd very quickly give up. I might do some more streets at home, and I might try some newer streets that are easier to understand to see if it really is worth it. 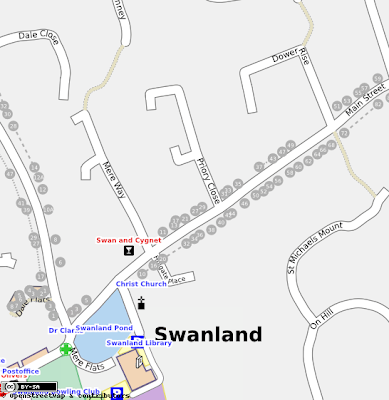 I think addressing is worth doing when there's a reason (the street is long, is split into two, etc) and/or when the rest of the area is feature complete, but there's always other more important details need adding in so I rarely do addresses.